Realm of Fantasy is an Eamon adventure written by Jared Davis for the Eamon Deluxe system and released in November 2006.

Realm of Fantasy—the second adventure designed specifically for Eamon Deluxe—was written by Jared Davis and submitted to the EAG in 2006. At this point, Frank Black had suspended support for Eamon Deluxe and—apart from an announcement on the EAG blog—the adventure languished, unreviewed, for six years. Upon Black's renewed interest in supporting Eamon Deluxe in 2012, Realm of Fantasy was given a large overhaul, with a number of enhancements made and features added.

The game itself draws on a diverse range of sources, including material and characters from Alice's Adventures in Wonderland, The Wizard of Oz, The Princess Bride, and Super Mario Bros.

Joslyn, a new member of the Guild of Free Adventurers, has taken note of your talent and requests that you assist him in finding a long-lost friend outside of the Main Hall. The friend, Oscar, fell down a hole in the ground years before and you must make your way down the hole in search of Oscar. Lying beneath Eamon is an entire subterranean realm which must be explored to complete the task of finding Joslyn friend.

Davis's 44-room adventure is mostly linear and contains no hidden chambers (and only two locked doors), so you're unlikely to get lost or stuck — just progress from room to room, battle the baddies, accumulate allies, and collect all the artifacts.

Your adventure begins in the long, low tunnel that you just climbed into.

Emerald City and the Mushroom Kingdom

You've arrived in the beautiful Emerald City (and can't go back since the window you climbed through from the tower is now too high to reach).

EAG webmaster Matthew Clark was apparently initially not a fan of the adventure when it was first created in 2006. When the adventure was updated in 2012, Luke Hewitt initially awarded it a score of 4 in his review, praising its surreal humor and craziness but expressing some dissatisfaction with the game's lack of descriptions and the huge number of companions, as well as the fact that several pieces of special programming such as the shop apparently didn't work. When Frank Black revised the program, however, Hewitt raised his rating to reflect the changes, and the composite review score from Hewitt and Black is 5.5.

The adventurer initially reaches the Realm through a hole in the ground outside the Main Hall, and magically returns home from the Wizard's chamber in Emerald City. In correspondence with Huw Williams in 2022, Davis revealed that "the Realm is an ever changing manifestation of creations we've imagined", and that it would be totally different if the adventurer returned for a second adventure. Though he never made a sequel, Davis said it would have included Vermicious Knids and had Link from Legend of Zelda as a companion. 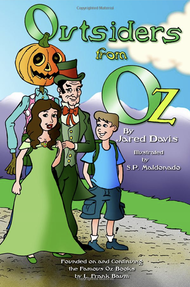