Not to be confused with Count Dracula's Castle.

Dracula's Chateau is an Eamon adventure written by Paul Braun.

Braun with friend and co-author Geoffrey Genz completed their first adventure The Caves of Treasure Island in 1980, and three of four months later they each started writing their own. "We each had our own vision we wanted to play with," recalls Genz, "but they were both done on my machine, and probably finished in mid to late 1981." Genz's adventure was titled The Caverns of the Sphinx and Braun's Dracula's Chateau.

In correspondence with Huw Williams in 2020, Genz didn't recall specifically how or when the two adventures made their way into the larger world, and ultimately to the Eamon Adventurer's Guild. "My guess would be that we delivered them very early on to the local Apple computer club... and someone from the club kept copies that eventually got submitted."

One day being bored and wanting to go on an adventure, you went to the "Eamon Adventure Service" and asked if they could arrange for you to go on an adventure. The receptionist told you to go into the back room to see the man in charge. The man told you that most of the adventures were being used now but there was one special adventure that you might like to go on since you look like the adventurous type. He then gave these explicit instructions...

These seemed like rather simple but strange instructions. You decided to follow them. After a while, besides being drunk, you found Mother Nature knocking at your door. You felt the need to find a restroom very quickly so you sought out one. Within a reasonable amount of time you located one only to find that after stepping in you were in a room made of rock. Before you realized it the door which you had just stepped through was now solid stone. You suddenly realized that this was your adventure and that you were sober and completely relieved of your earlier conflict with mother nature.

A voice echoed to you saying "I hope you enjoy your adventure", then there was silence. 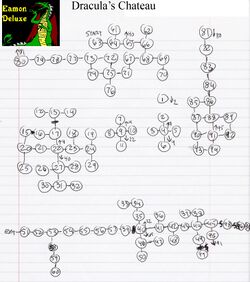