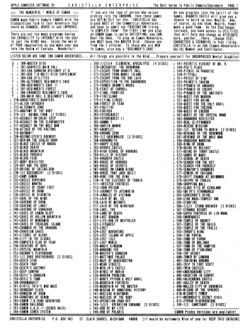 Christella Enterprise was a mail-order distributor of shareware and public domain software in the 1980s and 1990s, including Eamon adventures and utilities. It published a printed catalog of its software collection which it sold along with a demo disk for $2.

Its public mailing address in the early 1990s was:

Sources from around 1993 and later give its address as:

An early 1990s catalog noted that Christella was a contributing member of the Eamon Adventurer's Guild.