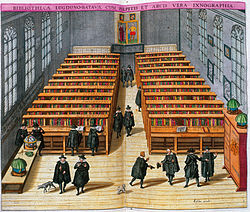 The PC Eamon Museum is a collection of PC-based Eamon ports organized by Frank Black into a single downloadable set. The final version of the collection (2.0) was released in 2013 and remains available via the Eamon Adventurer's Guild Online.

The collection consists of five separate software projects, connected by an exhibit selection menu written by Frank Black. Black also includes his own notes on some of the exhibits, describing the adjustments he made to the programs to incorporate them into the Museum.

Created by Frank Black and first released in 1999. This version includes the following adventures:

Created by Frank Black and first released in 2007. Black identifies this version in the Museum as "The Abandoned World of Eamon Deluxe v4.5" and humorously credits the original Apple II game it was based on to Byron Donaldson (instead of Donald Brown), Nelson Muntz (instead of John Nelson), Bob Wozinki (instead of Tom Zuchowski), and Frank Spork (instead of Frank Black).

A message from Frank Black scrolls across the top and bottom of the program's main menu and reads as follows:

☺ ☻ ☺ ☻ ☺ ☻ ☺ ☻ ☺ ☻ - Extra smiley faces ordered for Thomas Ferguson (to be send C.O.D.) - ☺ ☻ ☺ ☻ ☺ ☻ ☺ ☻ ☺ ☻ ... Eamon Deluxe Pioneer Versions R.I.P. (1997-2007) ... The Bort Software Archive humbly presents: The Abandoned World of Eamon Deluxe 4.5. Ended in 2007 and closed forever on December 9th, 2011. At some point it was based upon the classic Eamon Fantasy Gaming System which was created by some guy who won't talk about it. That guy passed it on to another guy who will now only talk about it once a year and who ended up passing it on to a third guy who used to talk to everyone, but then quit. A fourth guy took good care of it after that but, when nobody was talking about it, he went back to school and started talking infrequently. Now mostly maintained by Frank Black who will talk to anybody because it's more fun than being weird and not talking for no reason. And it's rumored that he's a good cook too. Go ahead, email him at eamondeluxe@gmail.com and see for yourself. He may even talk to you that same day!

Oddly enough, John Nelson contacted me (for the first time ever) just days after I had started the PC Eamon Museum project and possibly just hours after I had added his system into it. I quickly scripted and sent to him a fresh beta installer to check out and he seemed pretty excited about it. He also informed me that he had a version that was somewhat newer, had a few more adventures converted, and also that he was interested in reviving the development of it. I offered to pull his exhibit out of the Museum at that point, but he didn't seem to mind its inclusion and said he was going to send me the later version from his archives.

We then exchanged a few more messages discussing different programming platforms and ways to convert source files before, just as oddly as John had appeared, he "pulled an Eamon" (as I have coined the term) and apparently disappeared off of the face of the Earth again. The last message I received from him wa dated 03/08/2012. I waited a month to be fair and then decided to go ahead and finish up what was now the last unfinished area of the Museum, using the Eamon CD version of "PC Eamon" as my source material.

While the initial appearance and game play may seem just as dated as the Gilbert or Walker exhibits, John's PC Eamon ports are actually very nicely coded and debugged. I made the minimal modifications to it that were needed for compatibility with the Museum setup and, unlike the Gilbert and Walker archives before it, I didn't save an untouched copy of the source since it is already easily available via the Eamon CD.

All of the unneeded QB45-sources copies of John's programs were deleted, as well as the similarly unneeded executable versions and various utilities programs that switched the program names of the three formats around. Having reduced the bulkiness of the archive quite a bit, I decided to drop a pre-made character into each adventure directory so that visitors may explore this section of the Museum at their leisure.

As a final touch, I also reset the ultra bright default colors in each directory to be a bit less harsh on the eyes and, in my opinion, better reflect this particular Eamon system as well as the time period in which it was created.

While I confess that I didn't thoroughly test each program due to lack of time, everything I did test appeared to be working fine and nothing crashed on me during my explorations. All in all, John's museum exhibit is very well done and, while not being a huge leap in progression from its classic Apple II predecessor, it's definitely one of the more advanced entries into the wide and anomalous world of Eamon gaming platforms. It also pleasantly retains that same signature Nelson style that many will recognize from his earlier Eamon work.

This port by Paul Gilbert was first released in 1995. Black made the following notes on the project:

As far as I could tell, the Front Desk in Paul Gilbert's port doesn't provide an option to list existing characters. Since all of the programs are in compiled format, there is no way to know what the structure of the characters file is, nor can you break in and modify your character. Also it does not seem to save your character when you exit so a new one has to be created upon each visit.

Unmodified copies of the source files which were used to construct this exhibit can be found in the Frank Black Productions Archive at www.eamonag.org.

Gilbert's conversion features two adventures: The Beginners Cave and The Lair of the Minotaur.

Jon Walker's conversion was first released in 1985. Black's notes on the exhibit:

Unmodified copies of the source files which were used to construct this exhibit can be found in the Frank Black Productions Archives at www.eamonag.org.